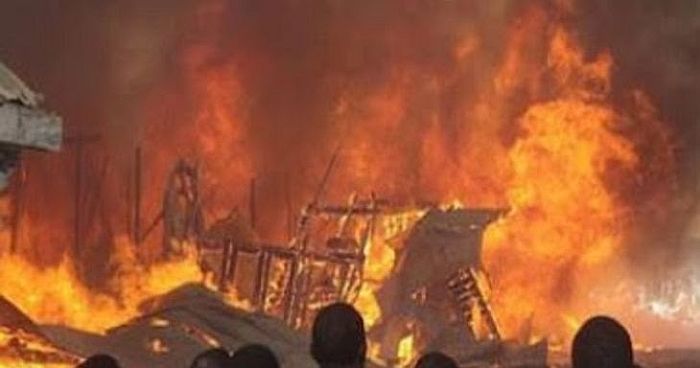 Teresa Ekesa said the two cops arrived at her house on Tuesday evening (July 21) to demand Ksh1,000, which they (police officers) receive weekly to protect Ekesa against being arrested for brewing illicit liquor.

Unlike previous occasions when the two men in uniform would find Ekesa in person, they found her children, who gave the two Ksh200, and not the usual Ksh1,000.

The cops allegedly refused to take the Ksh200 note, and demanded they be given their bribe in full.

When the children said they couldn’t raise Ksh1,000, the police officers are said to have collected a slipper in the compound, set it on fire and threw it in Ekesa’s house. The burning slipper sparked a huge blaze that ravaged everything in Ekesa’s house.

“All the furniture and household items got destroyed by the inferno,” said Ekesa.

An eye witness has identified one of the police officers as Omondi Makuba.

Navakholo Police Station OCS, Paul Kipchumba, told K24 Digital that he had heard the allegations levelled against two of his juniors, and that investigations into the claims have commenced.

Only 50 percent capacity allowed for reopening of worship centres — LASG