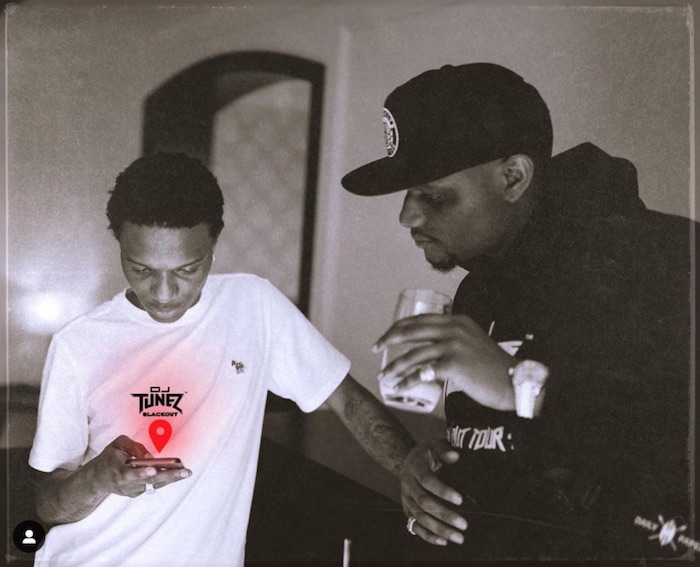 Nigerian Disc Jockey, DJ Tunez has revealed the artists he is featuring on his next song.

DJ Tunez got fans excited when he revealed that he is releasing another song with Wizkid but also revealed that Wizkid isn’t the only one on the song.

He at first he is also featuring Omah lay on the song, then later added Adekunle Gold’s name to the list.

He also revealed that the name of the song is called “Pami” but didn’t reveal when he would be dropping the song.

DJ Tunez recently released “Cool Me Down” where he features Wizkid. 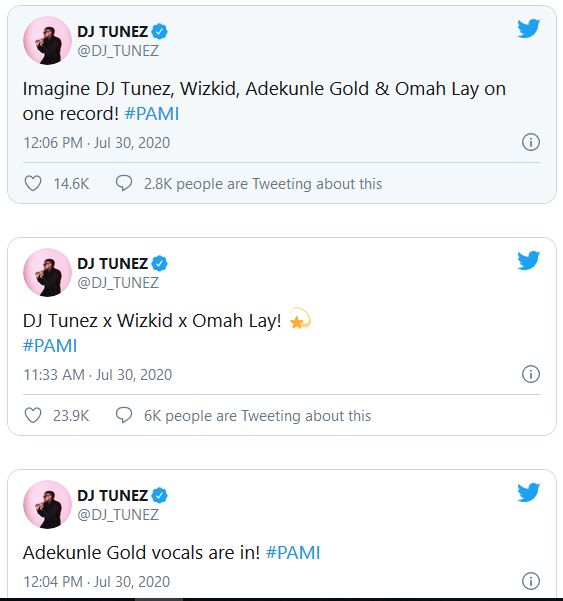 Between Wizkid, Omah Lay And Adekunle Gold, Who Do You Think Will Murder This Track?