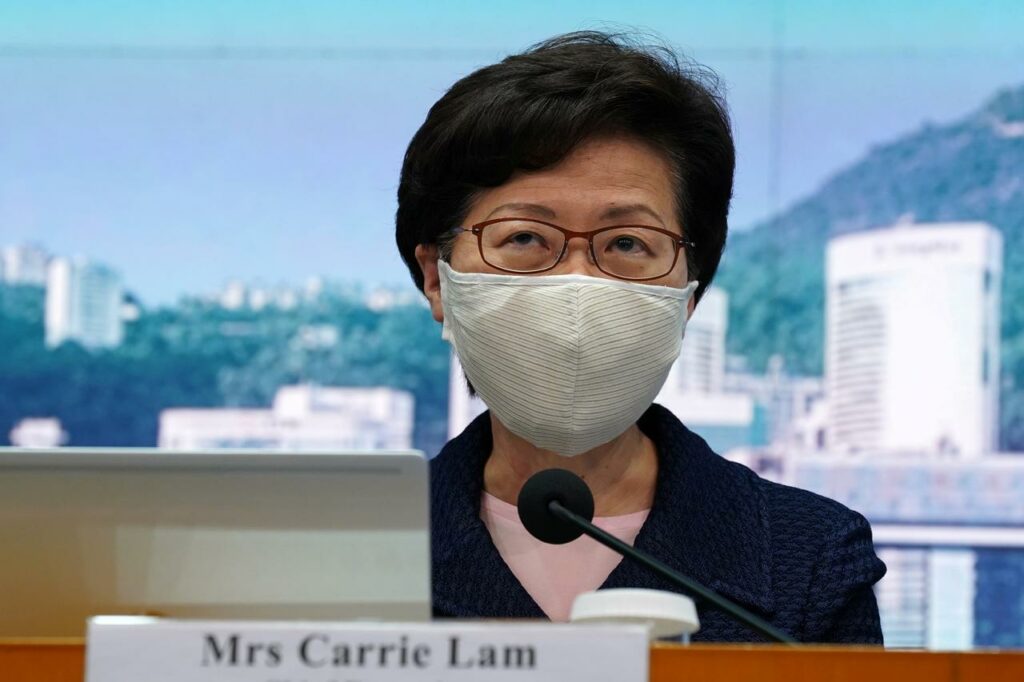 The United States sanctioned Hong Kong Chief Executive Carrie Lam and 10 other officials, in response to the imposition of a Chinese national security law on the territory.

The move freezes any of their assets in the US and puts severe restrictions on US people doing business with them.

“The United States stands with the people of Hong Kong and we will use our tools and authorities to target those undermining their autonomy,” said Treasury Secretary Steven Mnuchin.

Last month, US President Donald Trump signed legislation that enables the administration to sanction people involved in efforts by Beijing to “remove autonomy from Hong Kong.”

The law passed through Congress with bipartisan support as lawmakers increasingly grew upset with Beijing after it instituted a national security law on Hong Kong, which critics fear aims to quash dissent in the territory that had enjoyed a degree of political autonomy from the mainland.

The US has also revoked the special status it accorded Hong Kong, arguing the financial hub is no longer truly independent of China.

Beijing has threatened retaliation over the US moves, which are the latest aspect of worsening tensions between China and the United States, including a trade war that is increasingly expanding into a battle over technology companies.

The US is moving to force a Chinese tech company, ByteDance, to sell its popular social media app TikTok to a US company or face a ban in the country.

There is also a concerted effort to lock Huawei out of not only the US market, but also to stop allies from using the company for their 5G networks.

Speaking last month, Beijing-backed Lam brushed aside the threat of sanctions from Washington, as she delayed until next year legislative elections that were set for September.

“I have not got any assets in the US nor any interest in moving there so in terms of sanctions, I’ll just laugh it off,” Lam said at the time.