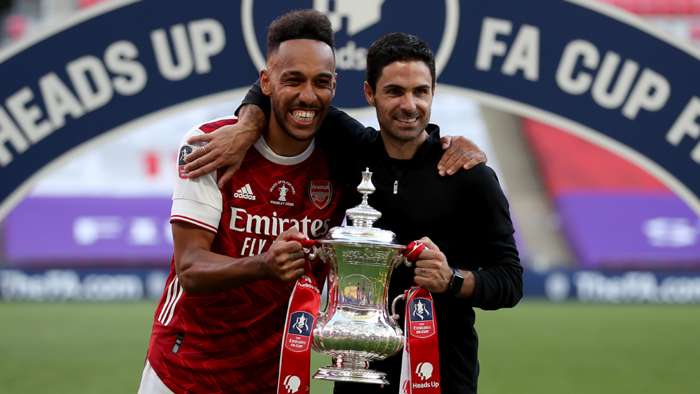 Pierre-Emerick Aubameyang scored twice as Arsenal came from behind to beat 10-man Chelsea 2-1 and win the FA Cup for a record 14th time at Wembley Stadium.

Chelsea took the lead after five minutes thanks to a brilliantly-taken strike from Christian Pulisic – who became the first American to score in an FA Cup final.

But Arsenal equalised shortly before the half hour as captain Aubameyang won and then perfectly converted his 28th goal of the season from the penalty spot.