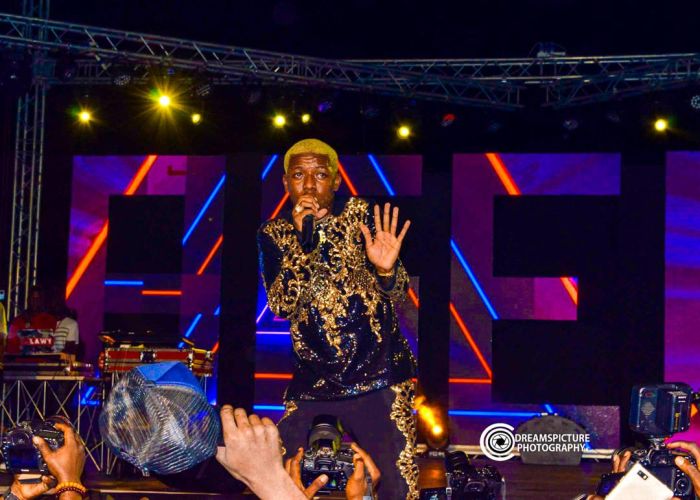 With the large turnout at Omo Better Concert 2, Small Doctor has once again proven to be the real certified street ambassador.

Omo Better Concert 2 which was held at Agege township stadium, with over 25,000 attendees the Agege Stadium was all filled with Nigerian music lovers home and abroad enjoying some exciting moments with Small Doctor on stage.

One of the major highlights of the event was when the King Of Fuji Music, King Wasiu Ayinde Marshall grabbed the mic and climbed the stage to deliver a stunning performance for the street.

Another Fuji Icon, Otunba Wasiu Alaba Pasuma was there to keep both hip-hop and fuji music lovers at the concert entertained with some of his Afro-Beat and fuji sound.

The moment Small Doctor called up Mr Eazi on stage is another litty moment at Omo Better concert, the singer pulled a very fantastic performance, thereby sustaining the groovy momentum at the concert.

Meanwhile, fast-rising artistes like Davolee, Lilfrosh, Zinoleesky, Mohbad, and others were also on stage to cheer up the crowd of over 25,000 music lovers at Agege Stadium.

Omo Better Concert 2 is no doubt, a historical one as it memories will remain in the hearts of fans till the next edition.

Solution to poor electricity beyond recapitalisation of Discos — Group