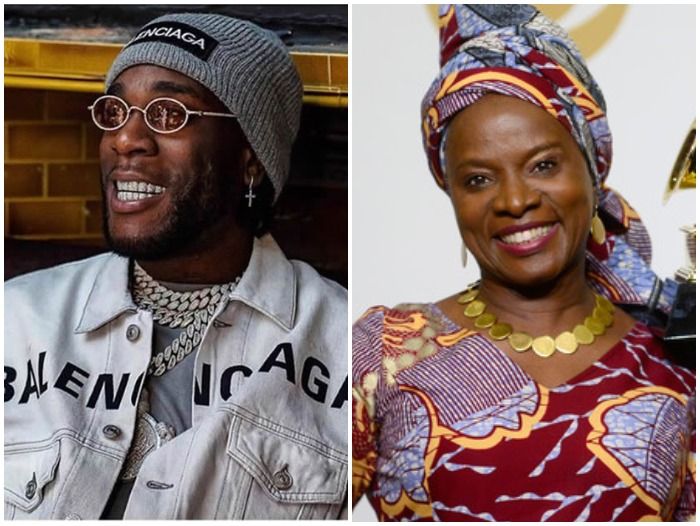 Burna Boy lost the Best World Music Album to Angelique Kidjo, whose Celia was adjudged the winner over African Giant and three others.

It was Burna Boy’s first Grammy nomination and his multiple award-winning African Giant was widely expected to clinch it for him.

In his reaction, the ‘Ye’ crooner took to his Social media page to share a video of the Beninese singer dedicating the Grammy award to him at prestigious awards held at Staples Centre in Los Angeles on Sunday evening.

Burna expressed his love for the singer and also appreciated everyone that rooted for him. He also promised to wow the world as he has a new project coming 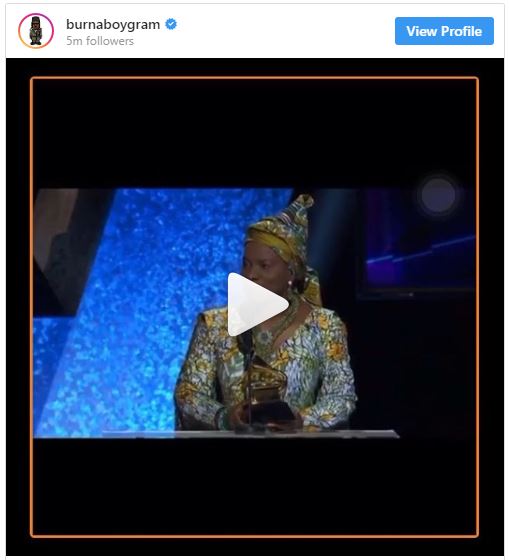 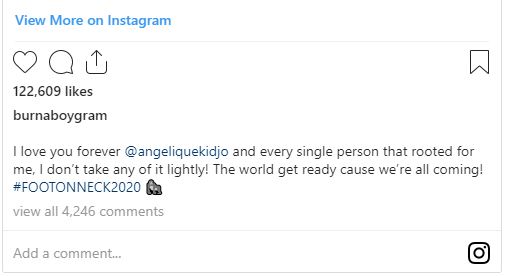 ANOTHER LEVEL!! Watch And Rate BoySliver Vibe To BurnaBoy’s On The Low Hit (Video)

No sin in having a cabal ― Presidency