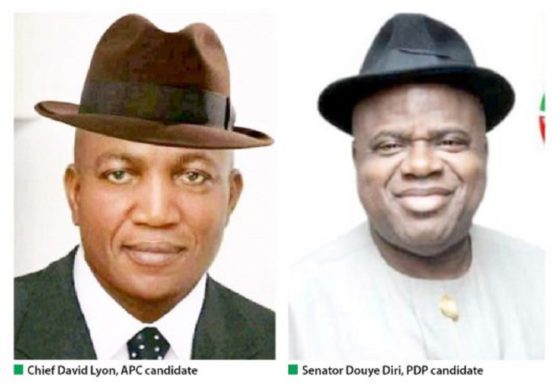 “The Supreme Court verdict should have come earlier; nullifying the election a day to the swearing-in is not proper. Our judiciary should improve, especially in passing prompt judgement.

“However, it is a welcome development. Judgement like this will halt corruption in this country.” -Grace Chukwu, Student

“Sincerely, I believe it is a result of fair and proper administration of law. It is something that not just Bayelsans and PDP should be happy about but all Nigerians.

“It shows there is still hope for justice in our judicial system and certainly, there is hope for true democracy in Nigeria.” -Onyedikachi Agu, Architect

“Bayelsa is a PDP state, APC has no say in Bayelsa State. PDP won the election as declared by the Supreme Court; therefore, the Supreme Court has played its role and has followed the rule of law.

“But for issues like this to be averted, INEC needs to wake up to its responsibilities and work effectively without fear or favour.” -Onyinye Uchenna, Businesswoman

“The Supreme Court judgement on Bayelsa Governorship election restores confidence in the country’s legal system. The justices should have, however, done necessary background checks before annulling the election results.

“If personal interests and conflicts are being put aside in the legal system, our country would be closer to an ideal democratic system.” -Ibrahim Abidemi, Student

“The Supreme Court judgement is unconnected with the election result. If the deputy presented a fake result but the party won the election, the tribunal should have sacked the deputy or penalized the party and if they fail to change the deputy, then the party can be denied the victory.

“I believe this judgement can cause the winner his life if care is not taken.” -Femi Andre, Accountant

“Many political office holders in Lagos State are products of imposition/unlawful primary election. Some possess cash and carry certificates. Lyon’s deputy thought he had his way but the law will certainly catch up with them one day. The S’ Court judgement should be a warning to all.

How ABU Zaria Students Failed In The Dept. Of Computer Science