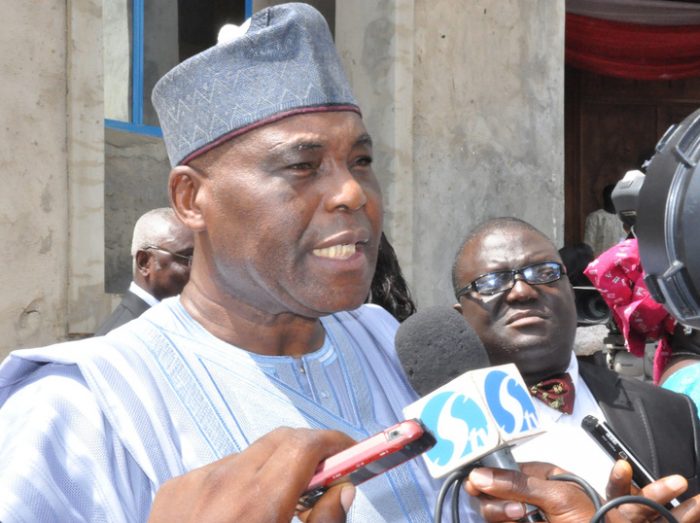 Raymond Dokpesi, a chieftain of the Peoples Democratic Party (PDP) in Edo state has said he has no immediate plan to defect to the ruling All Progressives Congress (APC).

Dokpesi, who is also the proprietor of the African Independent Television, AIT, disclosed this while addressing party faithful in Agenebode, Estako east local government area of the state on Tuesday, December 17th.

He said those who left the party alongside Osagie Ize-Iyamu, the governorship candidate of the party in 2016, did so for selfish reasons.

“There has been a number of defection from the party. People who were said to have gone with Ize-Iyamu.

In reality, only those people who were after their personal interests have defected to the APC,” he said.

“Majority of the people are still in PDP. It is most unfortunate to say that I have left for APC. I came down to reassure the people that there is no iota of truth in the story that I left the PDP. I am fully in the PDP. There is nothing that will attract me to the APC.

“I don’t think that membership of a party is based on what people want but on certain well principles and views about how a society should be governed, or managed and how to bring about development and progress to the people generally. “I have not seen those values in the APC.

I have no cause to go to APC for now. Ize-Iyamu was the PDP candidate in 2016. There are other younger, brilliant people in the PDP.

The leaders of the PDP will look for the best candidate who will serve the interest of the people. Ize-Iyamu’s departure will not affect the fortunes of PDP in future.”

Davido Supports Sophia Momodu At Her Sip And Shop Event