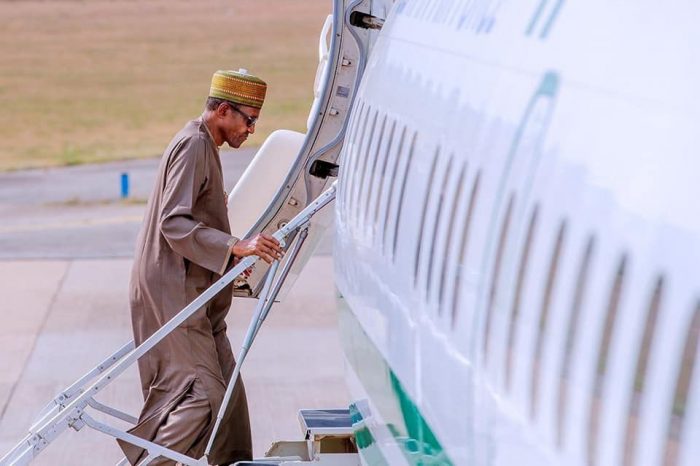 Nigerians have taken to social media to criticize the planned trip of President Muhammadu Buhari to Mali on Thursday.

The criticism came few hours after the announcement by his Special Adviser on Media and Publicity, Femi Adesina that he would be going to Bamako.

Adesina stated that Buhari will be going to the Malian capital on a peacekeeping mission.

“President Muhammadu Buhari will Thursday depart for Bamako, the Republic of Mali on a one-day visit, following the briefing by the ECOWAS Special Envoy to the country, former President Goodluck Jonathan.

“The Nigerian President and some ECOWAS leaders led by the Chairman of the Authority of Heads of State and Government of the sub-regional organization, President Issoufou Mahamadou of Niger Republic, agreed to meet in Mali to engage in further consultations towards finding a political solution to the crisis in the country,”

However, Nigerians fault the move and urged the President to stay and end insurgency and banditry in the country.

They stated that the president needs to restore peace in his country before jetting out for the same purpose.

Ade Adekoya wrote, “Misplaced priority, you are yet to put your own house to order instead, you are meddling in other country’s affairs.”

“So, the president can travel out to restore peace in Mali but his own subjects are being slaughtered in Nigeria.”

“He can’t step out to meet his fellow citizens that are butchered daily, over fears of contracting Covid-19, yet he travels to Mali because their political tensions supersede the crisis ravaging his country!”

“You first remove the stick in your eye before you remove another man’s.”

“Boko Haram just killed five aids in Borno State and the president is embarking on a peace mission to Mali. He whose house is on fire doesn’t chase a rat.

“Has he restored any on the home fronts? Upheavals and chaos everywhere, he is unperturbed, yet chose to go on this mission.”

“Is there peace in Nigeria? Joking about every single unfortunate event. Why won’t the president think we are at peace and enjoying ourselves ….smh.”

Some, however, expressed concerns over the health of the President whose age fits the category of those classified as most vulnerable amid the coronavirus pandemic.

“The last time I checked, Nigeria is still not flying any international flight, or has COVID-19 been defeated?

“His first trip since the lockdown. I hope the trip is safe because we don’t want a situation where we will hear that he contract Covid-19.”

Before now, Buhari had traveled out of the country twice in 2020, first to the United Kingdom on January 17 and to Addis Ababa, Ethiopia on February 7.