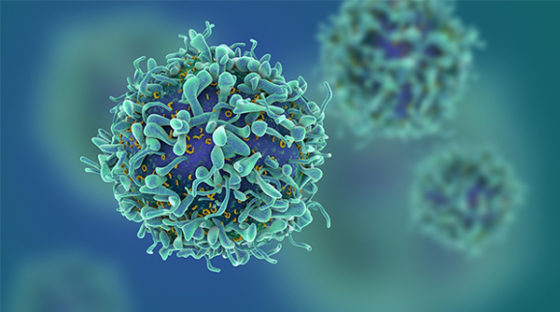 Irked by the sufferings of Nigerians living with cancer, Federal and state governments have been urged to make cancer treatment free for Nigerian patients and to support non-governmental organisations to bring needed interventions for patients and improve their lives.

Making the call in Lagos during a blood donation programme organised by Timilehin Leukemia Foundation in collaboration with the National Union of Textile, Garment and Tailoring Workers of Nigeria , NUTGTWN, the Founder and Chairperson of the Timilehin, Mrs Modupe Oyedele, also called for the abolition of N7,000 charged in public hospitals for the screening of blood.

According to Oyedele, “Formulating a policy to make cancer treatment free would save the lives of many patients who do not have money to provide their medicare.”

In addition, she explained that abolishing the N7, 000 charged to screen blood would similarly lessen the burden of cancer victims.
Oyedele who said commercial blood donation should be discouraged, said: “Our Primary Concern is to provide care and support for people living with leukaemia especially children. The Timilehin Foundation is a divine project in memory of my late son, Timilehin who died as a result of this deadly disease called Leukaemia at the age of eight years.”

Calling on the government to give attention to cancer patients, Oyedele lamented that most cancer patients were too poor and often could not afford the N7,000 charged for the screening of blood.

“Our major challenge is financing especially in the provision of chemotherapy which is very expensive. It is not easy to raise funds for the adoption and treatment of leukaemia victims because of the exorbitant monthly charges.

“In the light of what leukaemia patients suffer daily, we earnestly urge the government to as a matter of urgency give priority to cancer patients.”

The General Secretary, NUTGTWN, Comrade Isa Aremu said sustaining the activities of the Foundation has become necessary, given its laudable contributions to alleviate the sufferings of cancer patients in the country.

Aremu was represented by Comrade Emeka Nkwoala, the Assistant General Secretary of NUTGTWN, at the programme tagged ‘Valentine Special’ with the theme ‘How Our Eating Habit Can Affect Our Health,’ presented an opportunity for many volunteers to donate blood.

Officials of the Lagos State Blood Transfusion Service were on ground and facilitated activities during the blood donation. In his presentation on ‘How Our Eating Habit Can Affect Our Health,’ an Assistant Director at the Lagos State Ministry of Health, Comrade Isaiah Olusegun Badejo, a Health Promotion Officer, said food could affect humans negatively or positively.

To this end, he urged individuals and families to ensure adequate nutrition, which is a balanced diet consisting of six different classes of food: carbohydrates, protein, fat and oil, vitamins, minerals and water.

According to him, the consumption of the various food types in the right proportion could contribute immensely to wellness, while contributing to boost the immunity of affected persons.

Alternatively, when the body lacks some of the basic nutrients the body needs, it could similarly impact the health of consumers negatively, Badejo noted.

He urged individuals and families to have the time table for food and ensure they introduced food varieties to enable them eat a balanced diet.

On her part, Temitope Ogungbemi, a nurse from the Lagos University Teaching Hospital (LUTH), said the most essential meal for the newborn was breast milk, which has all the required nutrient the baby needed at that age and it must be given exclusively to babies for the first six months of life.

THIS IS SHOCKING! 20 Million Nigerians Believed To Have Kidney Diseases (Full Story)

I did not assault fellow monarch — Oluwo

I was never attacked by bandits — Amaechi