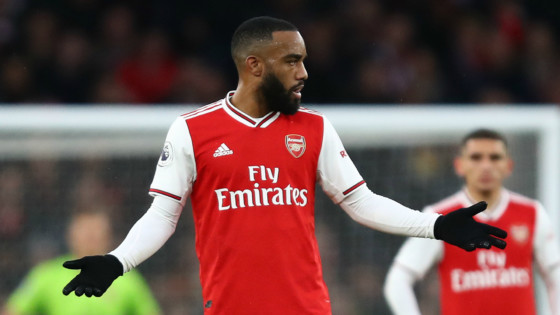 Alexandre Lacazette insists Arsenal cannot rely on Manchester City’s European ban in their pursuit of Champions League football because it would come as no surprise if the decision was overturned.

City were last week banned from European competitions for the next two seasons over breaches of Financial Fair Play regulations, a UEFA decision which could open the door to the Premier League’s chasing pack.

Arsenal are now only six points off fifth after Sunday’s 4-0 win over Newcastle, which saw Lacazette end his nine-game wait for a goal.

But the Frenchman says 10th-place Arsenal must worry only about what they can control.

On whether City’s ban has the Gunners squad discussing a potential Champions League return, he said: ‘I think it is early to talk because they can do an appeal and often it happens in football that, what do they say, it gets cancelled.

The post Lacazette warns Arsenal not to rely on Man City’s ban to qualify for Champions League appeared first on Vanguard News.

NL PREDICT!! Who Will Score The First Goal In The Atletico Madrid vs Liverpool Match Tonight? (Cool Cash To Be Won)