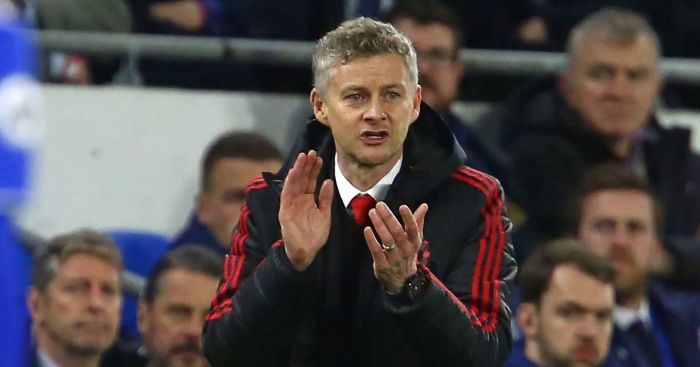 Man United defeated Chelsea at Stamford Bridge, thanks to goals from Anthony Martial and Harry Maguire.

During the encounter, Chelsea striker, Olivier Giroud, and defender Jacob Zouma had scored against the Red Devils, but the referee canceled the goals through the help of VAR.

Reacting to the development, Solskjaer said Giroud’s goal was offside, while Zouma’s goal was not a goal because the France international committed a foul.

“We are happy that the referee made the right decision with the help of VAR,” Solskjaer was quoted by Man United’s official website as saying after the match.

“We have seen it a few times this season so far that we have needed that help from VAR.

“The Giroud’s goal was offside. For Zouma’s goal, I just looked at the screen, and it looks like a push in the back. So, for me, that is not a goal.”

MUST READ!! Solskjaer Reveals How Man United Can Get Back To The Champions League

You Get Home And Meet Your Babe Like This – What Will Be Your Reaction?