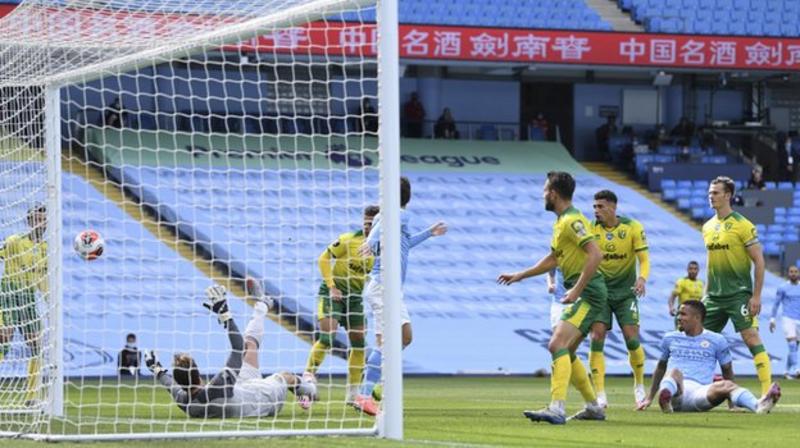 Manchester City legend David Silva made his final Premier League appearance but Kevin de Bruyne stole the show as his side brushed aside already-relegated Norwich.

Silva, who has won four league titles during a glittering 10-year spell at City, was desperate to mark the occasion with a goal, but his best effort was kept out by Tim Krul’s flying save.

City still ended up comfortable winners, thanks to Gabriel Jesus’s close-range finish from a deflected Raheem Sterling cross and a superb curling strike from De Bruyne, who as usual took centre stage.

Watch the Highlight below: