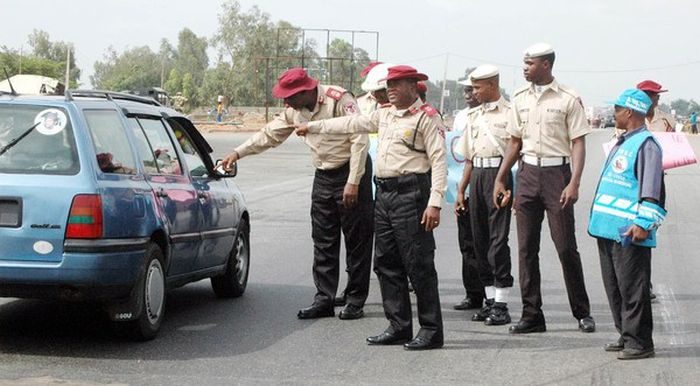 The Zonal Commanding Officer in charge of Ogun and Lagos State operations of the Federal Road Safety Corps, Mr Samuel Obayemi, has said from January till date, the company has recorded 143 cases of assaults, harassment, knockdowns, abductions and attacks on staff.

“Several unfortunate incidents have claimed the lives of staff with others being injured. We have knockdowns while on duty which total 62. So far, six deaths have been recorded and 73 injured.

“So, as commanding officers, we are expected to regularly brief our officers and marshals, who go on patrol. We need to tell them on a daily basis what we expect them to do.

“Wrong position, jumping on the road to stop vehicles are some of the factors responsible for some of the knockdowns that we have recorded so far.

“Most of these negative reports that we are getting are all emanating from patrol misconducts,” the News Agency of Nigeria quotes Obayemi as saying.

He said the command is also worried over the penchant for operatives of the establishment to engage in under-hand activities while on duty.

According to the top official of the FRSC, operatives of the corps routinely engage in illegal activities, ranging from extortion, bribery, and misconduct while on duty on highways.

He said the development was rubbishing the image of the organisation once known for parading itself as an organisation where corruption is low.

The officer said the corps was also worried over reports of the increasing rate of attacks on officers while on duty.

Speaking at the FRSC Zone RS2 Fourth Quarter 2019 Retreat on “Building Capacity towards Effective Implementation of Operation Zero Tolerance”, Obayemi told commanding officers of the establishment to expose bad eggs in the company.

Obayemi, an Assistant Corps Marshal, said that exposing bad people in the FRSC was crucial for the company to move forward and achieve its set goals.

Making remarks on crime and criminality involving staff of the company, Obayemi, pleaded with officers to redeem the image of the FRSC, noting that no corrupt officer should be shielded.