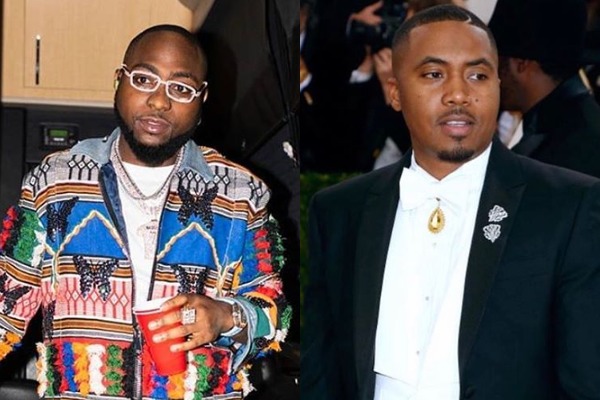 Davido is teaming up with legendary American Hip-hop rapper, Nas, and singer Hitboy for a collaboration.

Davido’s manager, Asa Asika posted a video of Davido in a studio with American rapper, singer-songwriter, entrepreneur, and hip-hop legend, Nas and another great American singer, Hitboy in Los Angeles.

Though the video was muted, the three artists seem to be engaged in a heated discussion and it’s highly likely they are working on a collaboration.

Davido who earlier in the year announced he would soon be dropping a new album, “A Better Time” which would feature a collaboration with Nicki Minaj said it would be released in July.

A month ago, the “Assurance” singer announced he would be taking a social media break to focus on his forthcoming album.

Recently, it was confirmed through his crew’s posts about him that Davido had flown out to the USA and it seems to be concerning his forthcoming album.