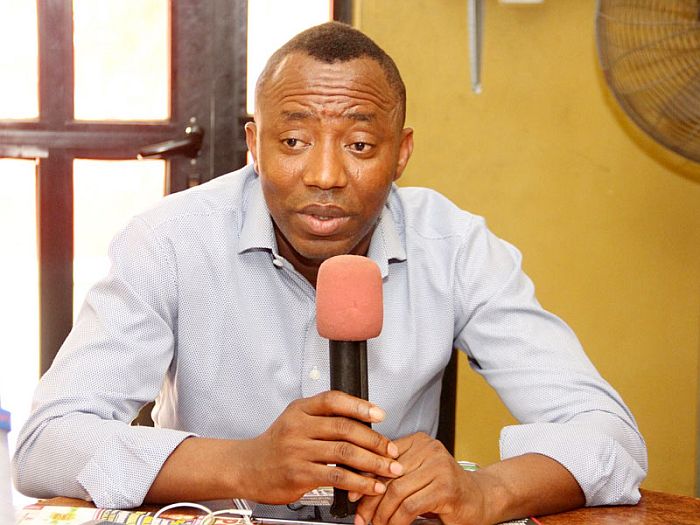 The Federal High Court in Abuja on Tuesday ordered the Director-General of the Department of State Services, Yusuf Bichi; and the Attorney-General of the Federation and Minister of Justice, Abubakar Malami, to explain why Omoyele Sowore is still being detained after he was granted bail by the court, according to a report by Punch.

Justice Inyang Ekwo made the order in a ruling on an ex parte application filed on Sowore’s behalf by his lawyer, Mr. Marshal Abubakar.

Abubakar had, in the suit marked FHC/ABJ/CS/407/2018, urged the court to order the DSS boss and the AGF to produce Sowore in court “for an unconditional release” from custody, based on the bail already granted him by Justice Ijeoma Ojukwu.

The DSS and the AGF had arraigned Sowore and his co-defendant, Olawale Bakare, on charges of treasonable felony, before Justice Ojukwu.

But ruling on the application moved by Abubakar on Tuesday, Justice Ekwo said he needed to hear from the two defendants before taking a decision.

He then adjourned the case till December 23 as he directed the Deputy Chief Registrar of the court to serve hearing notices on the two defendants.

Sowore was rearrested violently by the operatives of the DSS at the Federal High Court in Abuja on December 6, barely 24 hours after he was released from custody that lasted over four months.

He has since been held in custody,6y with no fresh charges instituted against him.

His lead counsel, Mr. Femi Falana (SAN), had earlier in a statement on Tuesday, urged the AGF, who said he had taken over the prosecution of the defendants from the DSS, to direct the agency to immediately to release the Sahara Reporters publisher from “illegal” detention.

Falana said there was no court’s detention order or an arrest warrant backing the rearrest and continued detention of his client.

PAID!! Our Wednesday 15th Jan Giveaway – The Winners Have Been Paid (See Proof)