By Farooq A. Kperogi, Ph.D.

To be sure, there was never a time in Nigeria’s history when corruption was not an issue. In fact, corruption can be said to be one of Nigeria’s congenital birth defects. Nonetheless, in all the years that Nigeria has existed, I don’t recall a time when corruption has been as over-poweringly pernicious in its depth, breadth, rottenness, impunity, and frequency as it has been in the last five years. 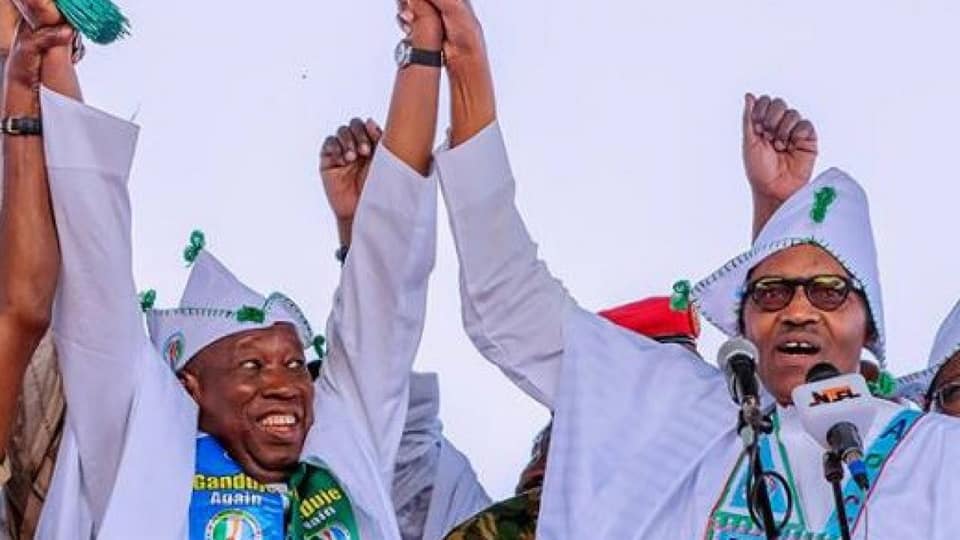 There is no one in the Buhari regime who isn’t stealing astronomical amounts of money and luxuriating in epicurean pleasures while the vast majority of the people slide deeper into punishingly crushing poverty. The only "honest" person in the regime is the uncaught one.

An emergent & increasingly defining feature of the regime is that its honchos entertain the country with whirlingly blinding accusations & counter accusations of eyewatering corruption against each other.

Abubakar Malami says Ibrahim Magu is an unconscionable “relooter” of recovered loot,while Magu says Malami is a worse crook than he is.And that in addition to his crookedness, he abuses his position to featherbed his corrupt friends.

People who made pious noises about probity and morality, who rode to popularity on the strength of their preaching against the comparatively smaller corruption of past administrations, are now neck-deep in the nadir of some of the worst forms of venality we have seen in the country.

Now people are desensitized to news of corruption. Everyone has concluded that the Buhari regime will go down in the records as the most malodorous manure for corruption in Nigeria. Most people think it’s ironic that corruption is thriving profusely in the government of a man who likes to superfluously draw attention to his putative intolerance of corruption, who claims to embody “integrity,” and who promised to make Nigeria’s governmental soil infertile for graft.

Well, people who are astonished by the malodor of corruption that’s wafting from every crevice of the regime haven’t been paying attention to Buhari’s character. Since 2016 when it wasn’t popular to do so, I have called Nigerians’ attention to a major character flaw in Buhari that conduces to the luxuriation of corruption.

For instance, in a December 24, 2016 column titled, “Tragicomedy of a Corrupt ‘Anti-Corruption’ Government,” I wrote the following: “In spite of the awful performance of the Buhari government on the economic front so far, it was usual for people to say that the one thing that was still going for the government was the president’s integrity and intolerance of corruption. No more.

“The past few weeks have shown that the president isn’t the anti-corruption crusader Nigerians thought he was. Both the optics and the substance of his ‘anti-corruption’ fight would go down in the annals, at least so far, as the most brazenly compromised and selective since the restoration of democratic rule in 1999.

“As corrupt as the Jonathan administration was, it was once railroaded by the force of public opinion to ‘accept the resignation’ of former Aviation Minister Mrs. Stella Odua over her controversial purchase of BMW armored cars worth $1.6 million. Even Obasanjo, not exactly an apotheosis of integrity, fired a number of his ministers accused of corruption.

“But a man who rode to power on the strength of his credentials as a dogged anti-corruption fighter is looking the other way when his close aides are accused of corruption.

“Firm, undeniable evidentiary proofs of Gen. Tukur Yusuf Buratai’s alleged corruption have been published. So have Lt. Gen. Abdulrahman Dambazzau’s, and now Babachir David Lawal’s. Rotimi Amaechi has been accused of bribing judges, and Abba Kyari has been accused of accepting a N500 million-naira bribe from MTN, among others.

“The president’s first public reaction to allegations of ethical impropriety against his associates was to defend them, a privilege he doesn’t extend to others. ‘Terrible and unfounded comments about other people’s integrity are not good,’ he said through his media adviser. ‘We are not going to spare anybody who soils his hands, but people should please wait till such individuals are indicted.’

“But he appears to be ‘sparing’ some sacred cows.SGF Babachir David Lawal of the multimillion naira ‘grass-cutting’ infamy is the latest sacred cow enjoying privileged presidential protection. The evidence against him is so demonstrably damning that a serious anti-corruption government would fire him forthwith and prosecute him later.

“People who are intimate with President Buhari told me several months ago that he was morally & temperamentally unsuited to fight corruption.They said the undue premium the president places on ‘personal loyalty’ have caused him to ignore, excuse, and even defend the corruption of his close associates.

“I was regaled with troubling tales of the mind-boggling corruption against close, loyal aides that he swept under the carpet at the PTF, The Buhari Organization (TBO), and at the defunct CPC. Babachir Lawal was a dominant figure in CPC; he knows President Buhari well enough to know that nothing will happen to him for all his villainous rape of vulnerable IDPs in Borno and Yobe as long as he can impress the president that he is irrevocably ‘loyal’ to him.

“I had hoped that the president would learn lessons from his past and change— at least for the sake of his personal legacy, given that he is old and has the privilege of a second chance to rule Nigeria. Apparently, I was naive.  Now ‘anti-corruption fight’ has become the sauciest joke in Buhari’s Nigeria.”

You would think I wrote the above column a few days ago, not almost four years ago. Even though Babachir David Lawal was grudgingly fired on October 30, 2017, he has not been indicted to this day and is still a denizen of the Presidential Villa. He, in fact, headed Buhari’s reelection campaign in his home state of Adamawa.

So everyone who works in the regime has got the memo: So long as you can convince Buhari that you are “loyal” to him, you can pilfer the national till to your heart’s delight without the slightest fear of consequence. And, as I’ve said several times in the past, there’s no greater enabler of corruption than the knowledge that there’s no consequence for it.

Since it doesn’t take much to demonstrate loyalty to an effete, insecure, and incompetent dictator, every “loyal” regime honcho is stealing with unrestrained gusto.They know they’re immunized against consequences.The only people who get in trouble for stealing are people whose loyalty to Buhari is suspect.

The dog-eat-dog world of Malami and Magu

The Nation of July 16 reported suspended acting EFCC boss Magu to have said, “What I have gone through is a case of dog eats [sic] dog." In July 8, I said of the Malami/Magu fight: "I have no dog in the dog-eat-dog food fight between two dogged scammers."

I’m glad Magu agrees with me that he’s a "dog" that another "dog" is eating. In other words, he isn’t innocent. He is himself a dog that eats other dogs but whom a bigger dog is now eating.In a dog-eat-dog world, dogs do whatever it takes to get the upper hand.

Malami is now the top dog. Magu is the underdog, but they’re both bad dogs.Dog-tired Nigerians are asking the same question that the Baha Men asked years ago: who let the dogs out?

OYO STATE: Makinde assures no zone will be neglected in socio-economic development