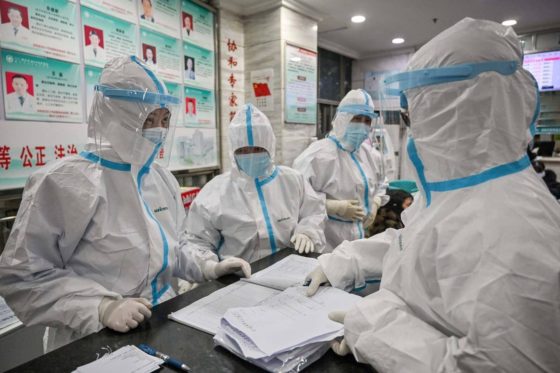 China’s National Health Commission on Tuesday said daily new confirmed cases of the novel coronavirus pneumonia outside Hubei, the epicentre province of the outbreak, have dropped for 14 consecutive days.

According to figures released by the commission, a total of 79 new confirmed cases were reported on Tuesday outside Hubei, a 14th consecutive day drop since Feb. 3.

READ ALSO: ‘No matter what happens I don’t want to take coronavirus to Africa’

Meanwhile, a total of 890 new cases were reported outside Hubei on Feb. 3.

The commission said it received reports of 1,886 new confirmed cases on Monday from 31 provincial-level regions and the Xinjiang Production and Construction Corps, including 1,807 in Hubei.

WOW! Liverpool To Get Golden Trophy From Premier League If This Happens

LASTMA Have Been Sent To Make An Attempt On My Life.”- Pastor Cries Out Over Impounded Vehicle