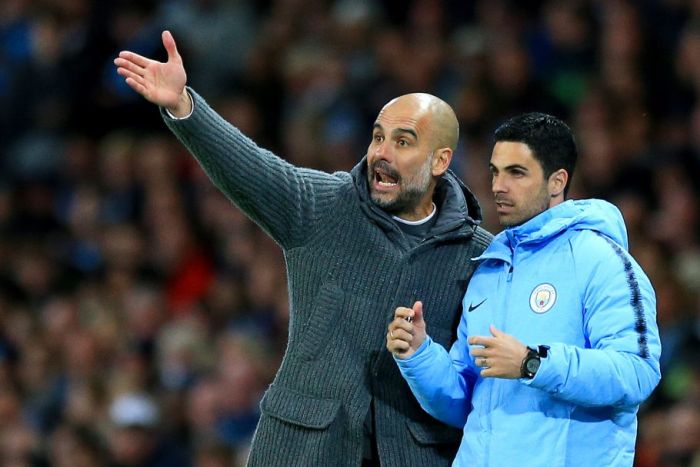 Arteta met with the club’s managing director Vinai Venkatesham in the early hours of Monday morning.

Negotiations are still on and a final decision is expected by the end of the week.

Despite ongoing speculation over his future, the City boss has revealed that Arteta will be joining him in the dugout at Grenoble Road, for their Carabao Cup quarter-final tie against Oxford.

When asked to address Arteta’s position at a press conference on Tuesday, Guardiola stated:

“I know what you know. Today I saw him. He’s travelling, yes.

“We were so smart to pick him up and now the others want him. He’s an incredible person, a good manager, that’s why he’s done well with us.

“He’s talking with Arsenal so I don’t know what’s going to happen.”

Guardiola added on being kept in the loop regarding Arteta’s meeting with Arsenal’s director at the start of the week: “Yes, I knew it. He’s an adult, he knows exactly what to do. He was incredibly honest with me.

“The organisation of the club is always live, it doesn’t always stay the same, what works today might not work tomorrow. The people today maybe won’t be here tomorrow.

“Now he’s part of our group and staff and he stays here. When we have any new news I’ll know, you’ll know and we’ll see what happens

“It happens. We had Lee Nobes went to Liverpool and now teams want Mikel. He knows what we want, what we’d like, but in the end, it’s his decision. We decided to work together three years ago, I’d like him to be up here on Wednesday.”