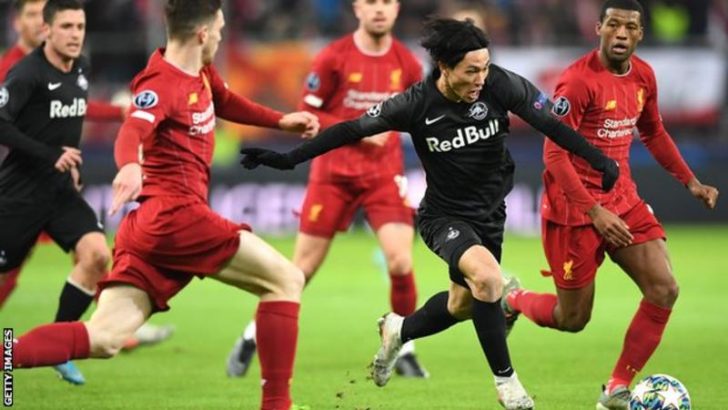 Liverpool have confirmed they will sign winger Takumi Minamino from Red Bull Salzburg when the transfer window opens on 1 January.

The Japan international, who is thought to have a release clause of £7.25m, has signed a four-and-a-half-year deal until summer 2024.

Minamino, 24, has scored nine goals and provided 11 assists in 22 appearances for the Austrian side this season.

“It has been a dream, my dream to become a Liverpool player,” he said.

Minamino finalised personal terms and passed a medical on Merseyside on Wednesday.

“To play in the Premier League was one of my targets,” he added.

“I think this is the top-class league in the world. I was thinking if my career as a footballer progressed smoothly, someday I would be able to play in the Premier League.

“But I never thought I would be able to play in this team and I’m really happy about it. I’m looking forward to it.”