…hoodlums carted away rice while people were burning 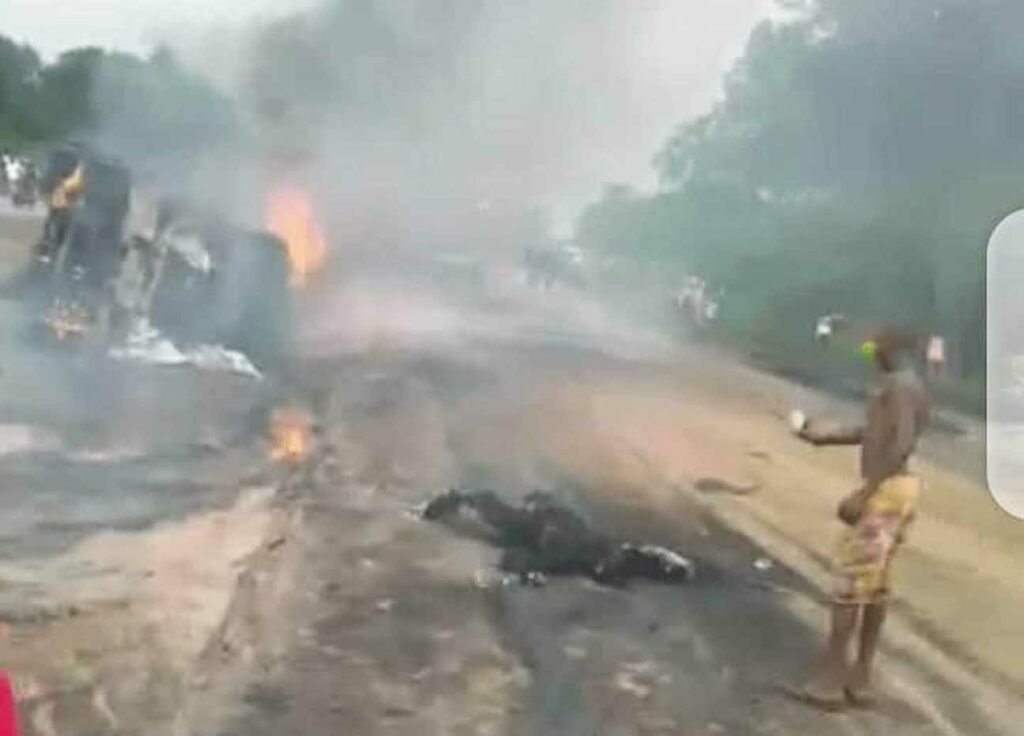 As Nigerians mourn the death of victims from a tanker explosion on Wednesday along the Benin/Sapele highway, around Koko Junction, Ethiope West local government area of Delta State, more facts have emerged on why the death casualties were high.

A driver, who craved anonymity told Vanguard that the death would have been avoidable if the victims had listened to an earlier warning not to fetch fuel “after the tanker collapsed, they came out and started scooping fuel, we told them it was dangerous and even tried to hold them back, but they refused, some of them came from the village while a sizeable number of the victims were traders who had come to hawk their wares to travelers who were passing through that route and the next thing was an explosion, now see what we has happened” the driver said.

Paul, another driver who regularly ply the Sapele – Benin highway told VANGUARD that the falling of trucks along that route was a regular occurrence “it is what we experience everyday, last week, a truck carrying gallons of groundnut oil fell at the same place and the other week, it was a truck carrying wood.

“The road is so bad that soon we will be cut off from Edo State, we have reportedly called on the Federal Government to effect repairs on this road without answer. If this road was in good condition this would not have happened”

Meanwhile, a truck filled with bags of rice which was said to have collided with the tanker that exploded yesterday, has been vandalized by some persons, a source who introduced himself as kamsy told Vanguard ”the tanker conveying the petroleum products that fell yesterday actually collided with a truck of rice and when some persons were groaning in pain, some were carting away bags of rice. Security men chased them away and they came back in the night”

The post Benin-Sapele road inferno: Loss of lives could have been avoided ― Eyewitness appeared first on Vanguard News.